The Scent of Rain: New Release for Anne Montgomery

Anne Montgomery brings to light the physical and emotional abuse too many young people are forced to suffer on a daily basis. Her well written novel is a no holds barred work of fiction that creates a myriad of emotions in the reader. Even though this book is in the Young Adult genre, I recommend it to everyone who has the courage to face reality. 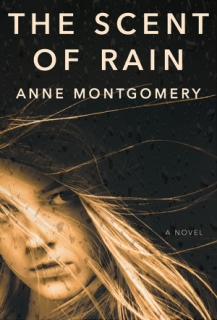 Two Arizona teens find their fates intertwined. Are there any adults they can trust? Can they even trust each other?

Rose Madsen will do anything to keep from being married off to one of the men in her Fundamentalist Mormon (FLDS) community, even endure the continued beatings and abuse of her mother. But when her mentally handicapped baby sister is forced to strangle the bird she loves at the behest of the Prophet, Rose frees the bird and runs away.

Adan Reyes will do anything to escape the abusive foster care system in Phoenix, even leaving his good friends and successful high school athletic career behind him. Ill-prepared for surviving the desert, Adan hits the road only to suffer heat stroke. Found by a local handyman, he catches a glimpse of a mysterious girl—Rose—running through town, and follows her into the mountains where they are both tracked and discovered by the men of the FLDS community.

With their fates now intertwined, can Rose and Adan escape the systems locking them into lives of abuse? Will Rose be forced to marry the Prophet, a man her father’s age, and be one of dozens of wives, perpetually pregnant, with no hope for an education? Will Adan be returned to the foster home where bullying and cruelty are common? Is everyone they meet determined to keep them right where they belong or are some adults worthy of their trust? 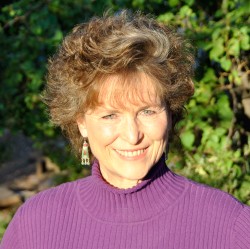 Anne Montgomery has worked as a television sportscaster, newspaper and magazine writer, teacher, amateur baseball umpire, and high school football referee. She worked at WRBL‐TV in Columbus, Georgia, WROC‐TV in Rochester, New York, KTSP‐TV in Phoenix, Arizona, ESPN in Bristol, Connecticut, where she anchored the Emmy and ACE award‐winning SportsCenter, and ASPN-TV as the studio host for the NBA’s Phoenix Suns. Montgomery has been a freelance and staff writer for six publications, writing sports, features, movie reviews, and archeological pieces.

When she can, Anne indulges in her passions: rock collecting, scuba diving, football refereeing, and playing her guitar.