Congratulations to Tina Ruiz on the release of her 30th children’s book!

The story is about Peppa Roni and her twin brother, Reece A. Roni, who are having their 9th birthday party in the neighborhood restaurant. What makes this story different from any other children’s book, are the names which the author has given to her characters. Example: Tess Ding, Chris P. Bacon, Mr. Noah Lott, Harry Pitts, Miss Turi, Walter Melon, Judge Mental and his wife, Judy, etc…

The storyline is quite charming, and because you will try to figure out the double meaning of the fun names while you read, this is bound to become your child’s favorite book.

This delightful paperback book is another wonderful collaboration from writer Tina Nykulak Ruiz and illustrator Ishika Sharma. This creative duo knows how to put life and fun into children’s books to encourage young people to read. As with all of Tina’s children’s stories, there’s a moral at the end. 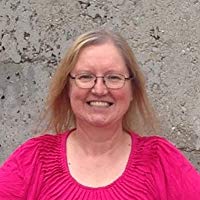 Tina Ruiz was born in Germany, but her family moved to Canada when she was in grammar school. She began writing children’s stories when her own were little. Through the years Ruiz wrote twenty-seven books. Most of those stories went into readers for the Canada Board of Education. Two did not. Mayor Shadoe Markley is a story about a ten-year-old girl who becomes Mayor for a Day through a contest at school.

Little did Ruiz know that story would “change the world.” The book came out at early January 1988. By the end of that same month, everyone was calling the mayor’s office at City Hall, trying to get the forms to fill out so their children could participate in the contest. Thirty years later that same contest is still runs at full speed. And not only in Calgary, but all across Canada. The Mayor’s Youth Council is now in charge of the celebrated contest and invites Ruiz to attend and meet the lucky winner. It’s usually followed by a hand-written thank you card from the mayor himself. Recently Ruiz was invited to be part of the Grand Opening of Calgary’s New Library where the mayor shook her hand and introduced her to the attendees.

Tina has worked in television and radio as well as being a professional clown at the Children’s Hospital. She lives in Calgary with her husband who encourages her to write her passion be it high-quality children’s books or intriguing romance.

Stay connected with Tina Ruiz on her Facebook group Tina Speaks Out.