Ancient ruins, haunted memories, and a ruthless criminal combine with a touch of mystic presence in this taut mystery about a crime we all must address.

Maggie, a National Park Ranger of Native American descent, is back at The Castle—a six-hundred-year-old pueblo carved into a limestone cliff in Arizona’s Verde Valley. Maggie, who suffers from depression, has been through several traumas: the gang rape she suffered while in the Coast Guard, the sudden death of her ten-year-old son, and a suicide attempt.

One evening, she chases a young Native American boy through the park and gasps as he climbs the face of The Castle cliff and disappears into the pueblo. When searchers find no child, Maggie’s friends believe she’s suffering from depression-induced hallucinations.

Maggie has several men in her life. The baker, newcomer Jim Casey, who always greets her with a warm smile and pink boxes filled with sweet delicacies. Brett Collins, a scuba diver who is doing scientific studies in Montezuma Well, a dangerous cylindrical depression that houses strange creatures found nowhere else on Earth. Dave, an amiable waiter with whom she’s had a one-night stand, and her new boss Glen.

One of these men is a serial rapist and Maggie is his next target. In a thrilling and terrifying denouement, Maggie faces her rapist and conquers her worst fears once and for all.

PREORDER YOU COPY FROM AMAZON 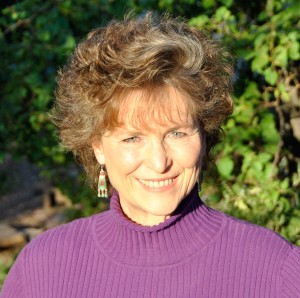 Anne Montgomery has worked as a television sportscaster, newspaper and magazine writer, teacher, amateur baseball umpire, and high school football referee. She worked at WRBL‐TV in Columbus, Georgia, WROC‐TV in Rochester, New York, KTSP‐TV in Phoenix, Arizona, ESPN in Bristol, Connecticut, where she anchored the Emmy and ACE award‐winning SportsCenter, and ASPN-TV as the studio host for the NBA’s Phoenix Suns. Montgomery has been a freelance and staff writer for six publications, writing sports, features, movie reviews, and archeological pieces. When she can, Anne indulges in her passions: rock collecting, scuba diving, football refereeing, and playing her guitar. Learn more about Anne Montgomery on her website and Wikipedia. Stay connected on Facebook, Linkedin, and Twitter.